There’s a new addition coming in the FitBit Charge series and it’s one of the most hyped gadgets coming. The release date is still not confirmed but there are a bunch of new features we’re about to see. And the hopes for this advanced smart band are a lot considering the previous versions of it. We’re already hoping for enhanced music streaming support features along with a bigger battery of course. And the music playback control feature while working out would be a bigger feature that should be added.

The year is already big for the latest gadgets and we’re already three months into 2021. The FitBit is officially now under management by Google itself. We’ll sure be seeing the newest features that Google adds to their new smart bands. And you’ll get all the latest news about it here on ASHAKO Editorial.

Now the most important and best-selling models of FitBits are the flagship models including the Charge and the Versa models. And among them, the Charge continues to build up the client base compared to other fitness trackers in the market right now. And it’s still the best choice of smart bands since the Charge provides everything a premium fitness tracker has to offer. The reason behind this huge success is even while being the lightest, it offers cutting-edge fitness tracking technology without the need to buy a full-sized smartwatch.

With the previous version, Fitbit Charge 4, we already had a built-in sleep tracker along with integrated GPS which you can’t find in most smart bands in the market. We even had the chance to experience features like Active Zone Minutes with multiple workout modes. It was a perfect model and a legendary timeline for the Fitbit. But that doesn’t mean there’s no room for improvement in the latest model of Fitbit because there certainly is.

So, what are our expectations from the new Fitbit Charge 5 and what are we getting? We certainly have a peek of what it has and what could be added and we’ll discuss them right below.

To have any idea of when the latest Fitbit Charge 5 will get released, we’ll have to do some simple maths on the previous Charge models and their release dates.

The previous model which is Charge 4 was released back in April last year. It was released right in the middle of the pandemic and after the first lockdown was initiated. And the Charge 3 was released back in October 2018. And according to these release dates, Fitbit will undoubtedly take a bit of time before its next release. But since Google took over, the release date would hopefully be sooner than we might think. We may be looking at an early summer lunch or late spring and hopefully, it won’t be that long. Stay tuned to ASHAKO Editorial and you won’t miss a thing about the latest news on the Fitbit Charge 5.

And about the pricing of the Charge 5, we sure do know that budget smart trackers cost about half of the price the Fitbit Charge does. But even though it’s costly, we’re looking at a price tag of around $150. And that could still mess up the market on budget smartwatches and affordable fitness trackers.

A Peek At Fitbit Charge 5 Features

The new Fitbit Charge 5 is surely better compared to the Sense and Versa and it’ll certainly deliver more than a week-long battery backup. I mean, even the latest Mi Band 5 delivers more than 3 weeks of battery life but it doesn’t have additional hardware compared to the Charge series. So comparing the two of them wouldn’t be wise. And it’s certainly the right time for the Fitbit Charge 5 to join the colored fitness tracker master race alongside.

We’ve already seen the additional fast charging option on the Versa 3 along with other latest features. Even the Sense series has a fast charging feature and that’s not all that can be said about them. It’s one of the most important features you should have in fitness trackers and it surely is needed. Charging for only 10 minutes and getting a full day performance without any issues from the Charge 5 is pretty much the most important feature to have.

If the new Charge 5 still can’t solve the battery life beyond a week, it might as well stick with the smart fast charging. And it’ll still make it to the flagship models in the fitness tracker market, but there is always room for improvement.

We were already a bit surprised that the previous Charge 4 didn’t have the integrated Music streaming features like the Sense and Versa series had. They even had small and integrated playback control features for Spotify and it certainly was a great addition. So, all we have to do is wait for the Charge 5 to be released so that the Music support features on it will get their rightful glory back.

This amazing feature was already included in the previous Fitbit Charge 4 and it’ll get an upgrade on the new Charge 5. It already was a major move from the Fitbit that provided a PAI health assessment system along with newer detection AIs.

The new Fitbit Charge 5 will certainly add more features and sensors compared to the previous Charge 4, including integrated GPS, Blood Oxygen levels, and an improved sleep monitoring system. The water resistance feature is certainly there right from the Fitbit Charge 4 and there is no doubt about it.

Most Comfortable Luxury Cars Of 2021 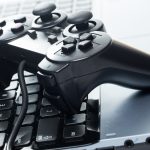